This is a simple yet powerful random level generation. You can make a lot with it with practice. It works using pre-made chunks with the possibility of adding random structures, collectibles or enemies and you can control the percentage of it spawning.

Feel free to use in your projects even commercially, but do not directly sell this system without permission.

If you need the source code to be used in other game engines, contact me either in the comments here or pgowardun@gmail.com

A small donation would be something great! Thank you!

This EULA agreement shall apply only to the Software supplied by Redstoneinvente Game Studio herewith regardless of whether other software is referred to or described herein. The terms also apply to any Redstoneinvente Game Studio updates, supplements, Internet-based services, and support services for the Software, unless other terms accompany those items on delivery. If so, those terms apply.

You are not permitted to:

Redstoneinvente Game Studio reserves the right to grant licences to use the Software to third parties.

This EULA agreement is effective from the date you first use the Software and shall continue until terminated. You may terminate it at any time upon written notice to Redstoneinvente Game Studio. 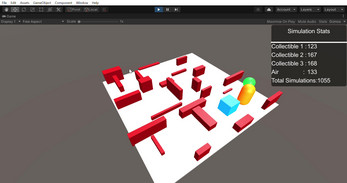